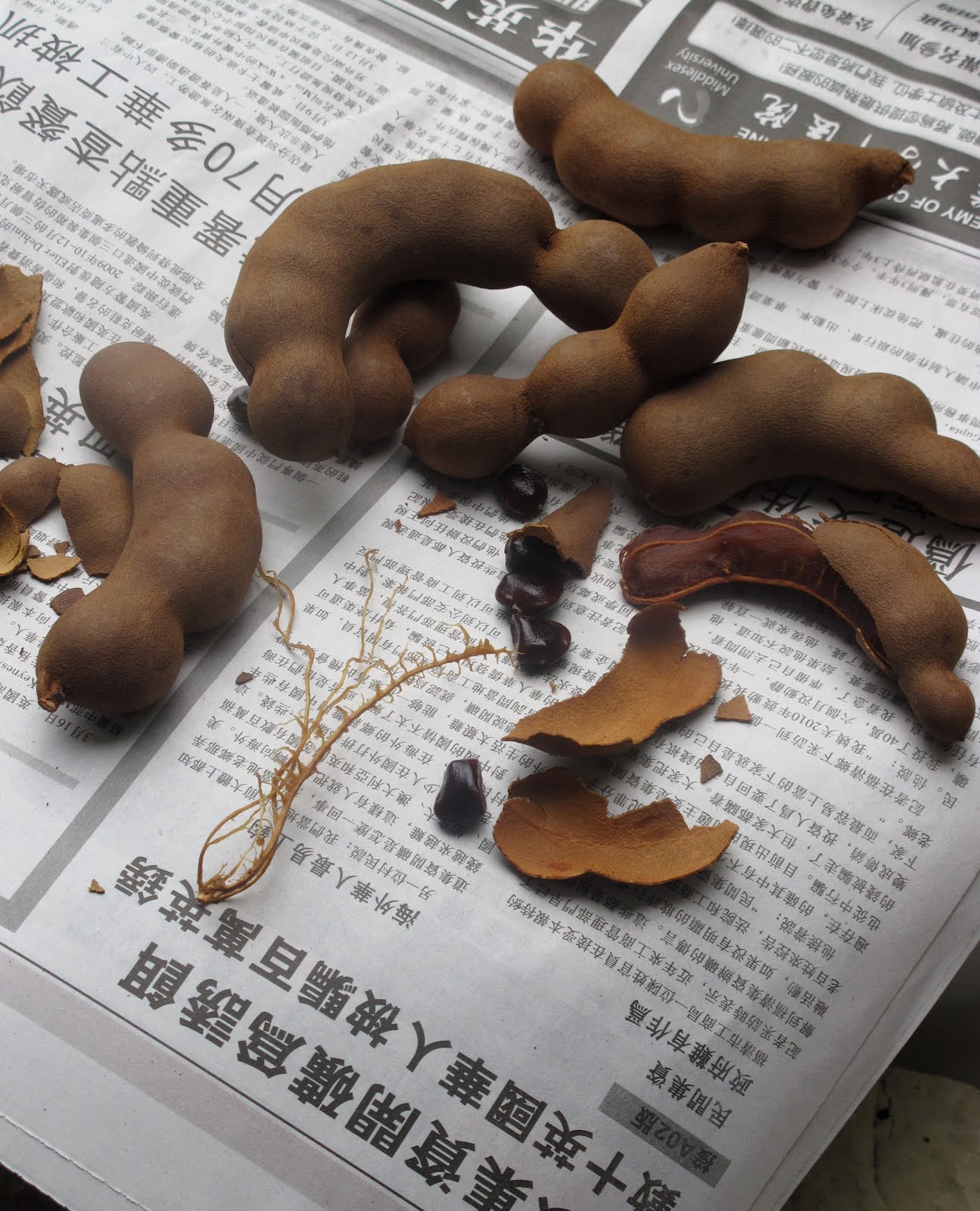 This little fruit caused quite a stir in my office when I took some in last week, so I thought I should introduce it here too: sweet tamarind.

When I grabbed a handful of these to nibble at my desk for breakfast, I had no idea that they would become the centre of attention. Cue curious looks and manhandling. Although lots of my colleagues were familiar with the type of tamarind that is used in curries as a sharpening agent, no-one had come across the sweet version before. There was lots of interest, and plenty of inuendo. Yes, they look suspect, but they taste delicious.

In the immortal words of my boss, "this is going to sound stupid, but it tastes like...tamarind". Yes, it does taste like tamarind, only far less sharp, almost jammy in fact. The texture is something like a date, slightly fibrous but also squidgy. There is a mellowness to it that is absent in the cooking type.

Getting into them can be tricky - the bark is hard and brittle, almost like a shell, and needs to be cracked open. The fruit inside is covered with a thin, spidery branch-like structure, which should also be removed before eating. Watch out for the shiny brown pips inside! To be honest, if I'd had a banana in the house, I would have taken that for breakfast instead, but I was having a disorganised start to the day.

If you fancy trying them in the convenience and privacy of own home, boxes are widely available in Asian stores in London, or here online. Just don't show them to the people you work with.
Posted by IrvingWashington at 22:10