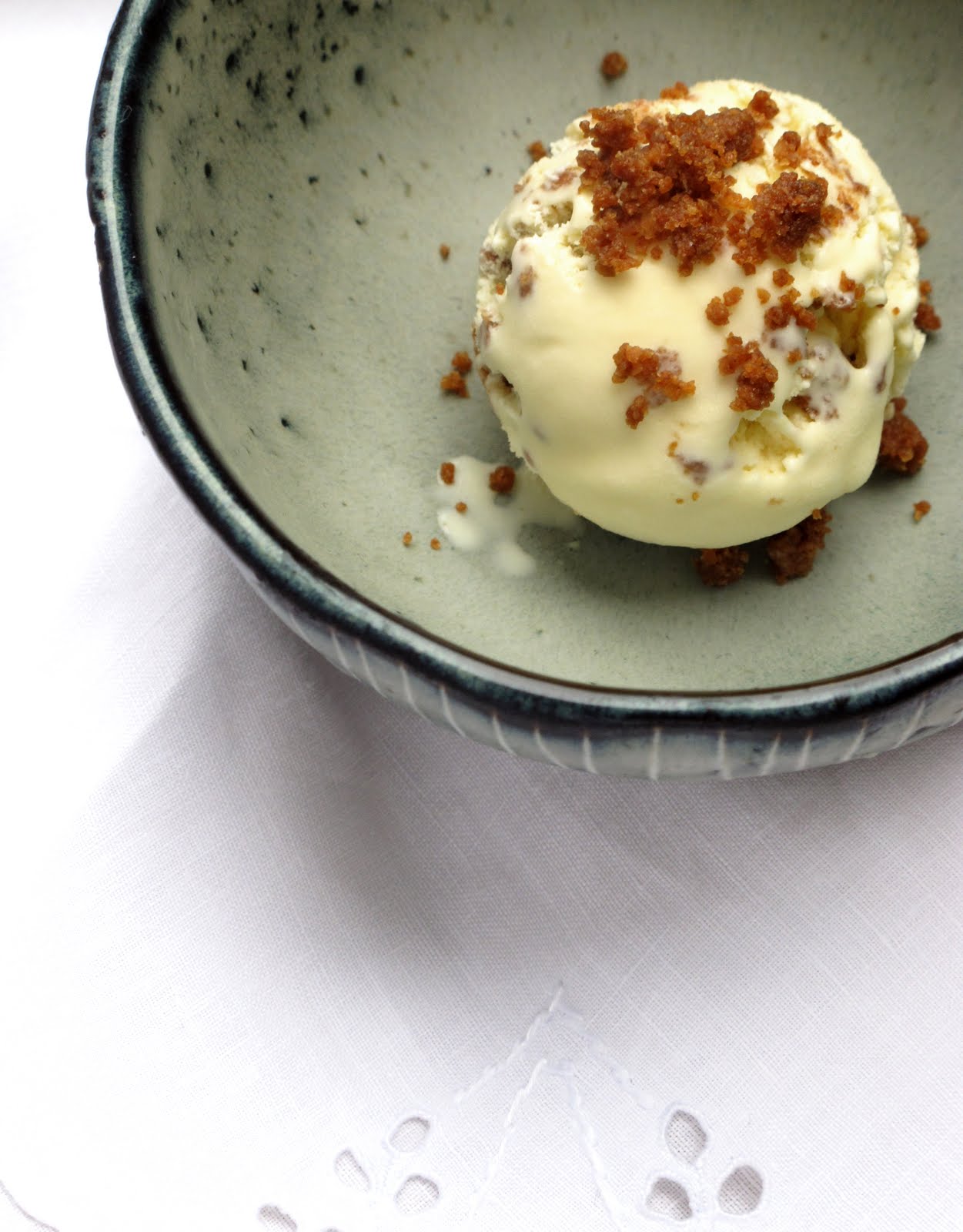 It's time to cut out the middle man. No more waiting in line for the perfect scoop - I am now the proud owner of an ice cream maker, able to whip up a batch of whatever eccentric frozen treat I might dare to dream of.

With my garden now brimming with luscious herbs, I will be trying thyme, basil and lavender versions as I work my way along the modern-classic route of herby ices. But first I wanted to go back to basics and try a golden oldie.

If you've never tried brown bread ice cream it might sound a little strange, but there's something about the combination of perfectly smooth, creamy vanilla ice cream rubbing up against those crisp, caramelised breadcrumbs that makes my mouth water. It's a textural thing. We've precious little summer left, so I intend to savour every last moment, one scoop at a time.

1) The day before you want to make the ice cream, pop the bowl into the freezer and have some ice cubes ready.

3) Transfer the mixture to the pan and heat, stirring continuously, until it thickens enough to coat the back of a spoon. Don't let it boil or it will curdle. Now plunge the base of the pan into a large bowl of super cold iced water until it is completely cold, then stir in the vanilla. Churn in an ice cream maker until frozen, about 30-45 minutes.

4) While the ice cream is churning, make the caramelised bread crumbs by melting the brown sugar and butter in a pan until they are well combined and have a sauce-like appearance. Stir in the breadscrumbs then scatter the crumbs evenly over a large baking tray and bake at 350f/180c/gas mark 4 for about 25-35 minutes, or until very crisp all the way through. Allow to cool, then fold half of the crumbs into the ice cream. Freeze for at least a couple of hours before serving, then sprinkle over some extra crumbs before scooping out.